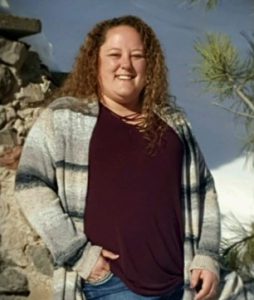 Genevieve Massey joined Benchmark in 2016 as a Residential Manager and was promoted to Director of Residential Services in Montana in January 2017.

Genevieve’s passion for helping people started when she became a Certified Nursing Assistant 18 years ago.  In 2005, she enlisted in the Army as a Combat Medic. This endeavor led her to a position as a Federal Technician with the Montana Army National Guard. Just prior to joining Benchmark, Genevieve spent two years assisting in the implementation of the town’s first crisis stabilization facility.  She started in the facility as a crisis stabilization worker while completing her clinical mental health internship and was later promoted to Program Manager and Operations Manager at the facility.

Genevieve holds a bachelor’s degree in Psychology and a master’s degree in Clinical Mental Health Counseling.

Genevieve loves being in the great outdoors of Montana with her husband. Together they enjoy hunting, camping, riding ATVs, and boating.